“Hi Ben and the team of Promoshin. First of all, I’d just like to really congratulate you guys on a fantastic job which you have done for our company, Fairways and Fundays. We are a golf and leisure tour provider from Ireland.

Obviously when we contacted Ben initially and the team of Promoshin, we had some major issues in relation to getting a promotional video produced for our company. Obviously the first issue was pricing and we were very worried that the cost of a professional video would ran into huge, huge money. As it turns out, thanks to Ben and the team of Promoshin we got a fantastic promotional video produced on a really, really superb budget.

What else can I say? I mean, it’s the work that Promoshin does from taking this project right from the start, from the initial stages right through to completion. I was hugely impressed.

I wouldn’t hesitate to recommend Promoshin to any other company or any other individuals who were looking to get a promotional video produced. Initially we contacted Ben and ran through, I suppose, the concept, what we were looking to achieve from this video.

Ben immediately ran through a number of different options. He outlined various options, maybe which would make the video that little extra special and maybe that little extra appealing to the audience that we were trying to promote it to.

So again, thank you very much guys, a big hello from Ireland and if you’re looking for a great golf and island tour, www.fairwaysandfundays.com, and you’ll get to see for yourself the great promotional video which the team of Promoshin have done. Thank you.” 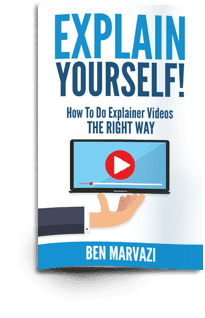